A look at our participation at Malofiej 20 infographic world summit and awards in Pamplona, Spain. I'm sure most of you have already read everything there is to know about the conference itself and the success of publications such as the New York Times and National Geographic this year. Here is a quick look at what we sent and what we won medals for in the Post's first ever entry to the competition. 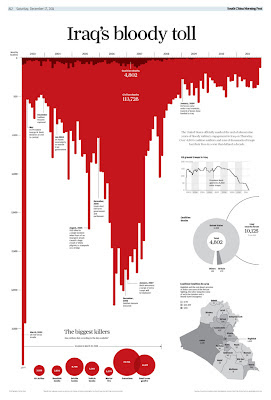 This was a silver medal in the features category. This was a graphic by myself, again on the back page of news, to coincide with the withdrawal of US troops from Iraq. The main chart shows the number of civilians who lost their lives as a result of the conflict on a monthly basis. These are compared to coalition fatalities (darker red, inset bars). 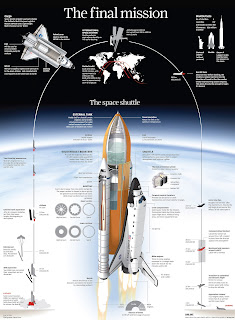 Bronze in features category. This was our first full-page graphic we negotiated for the back page. The graphic ran with a feature on the space shuttle's last mission back in July 2011.

Below are some more examples which contributed to a bronze medal in the portfolio category. A cartogram showing the population of each country in 1950 compared to 2011. Section in the bottom left of the graphic shows how much space a crowd of seven billion would take. 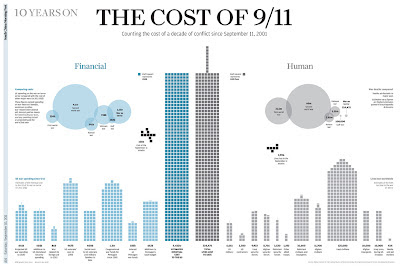 Two more graphics showing the Human and financial costs of conflict since 9/11 and a chart showing 2011's most reported stories by daily word count.

Malofiej was a great experience and we look forward to seeing any of you there again next year.